2022 PARADE: It is still being determined if there will be a parade in 2022 due to Highway 63 in Spooner being under construction. Check back for updates.

Saturday, July 10th, is a big day for the city of Spooner, spectators line the streets along Highway 63 for the annual Spooner Rodeo Parade. Thousands of people gather for this parade, commonly referred to as one of the best parades in Northwest Wisconsin. Over 100 parade entries make for a fun time for the whole family. You'll see rodeo clowns, royalty, old cowboys (and some young ones too!), firetrucks, antique cars, military vehicles and so much more! 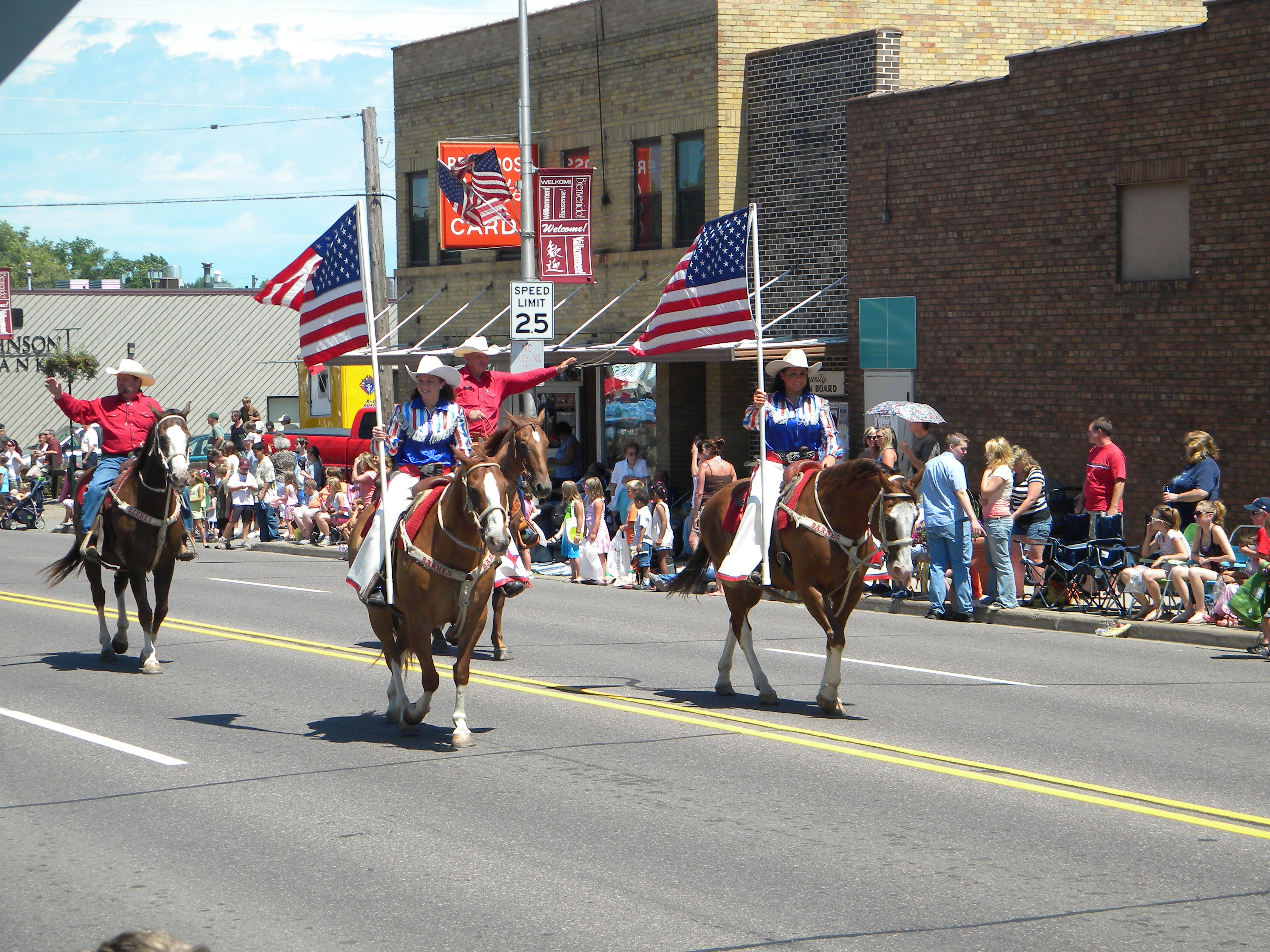 The parade route begins on Highway 63 (River Street) in front of Sam Hick's and proceeds South on 63 through the downtown, ending at Vine Street (Nick's Family Restaurant). Many folks put out chairs early in the morning along Highway 63. While the parade officially begins at 12:00 p.m., folks will begin lining the streets much earlier, so be sure to head downtown well ahead of time to find your perfect spot!

We welcome parade entries beginning in mid-February. Parade entries range from horseback riders to classic cars, military vehicles to clowns, and so much more!

For questions, email spoonerrodeoparade@gmail.com or call Christine at 715-520-2150.

FOR PARADE ENTRY, PLEASE FILL OUT THE FORM BELOW: