Kelly Kenney was born in 1975 and raised in a small town in southwest Missouri with hard working, loving parents and two older brothers. Kenney credits his parents for allowing his dreams of becoming a cowboy to come true. He says, “Just now I realize how many sacrifices my family made to haul me to all of those high school rodeos. (We were) Living off of very little, but I never knew it, I felt I was the richest kid in the world.”

At an early age he learned to ride a stubborn little sorrel pony, and it wasn’t long before that experience developed into a love of rodeo. In high school, he learned how to rope and bulldog, and how to play guitar. He went to college on a rodeo scholarship. Soon officiating high school and college baseball and basketball, rodeoing, picking and singing consumed his life, leaving him with very little time for anything else. Then accidentally, in 1996. at a rodeo in his home town, the announcer didn’t show. Kenney reluctantly agreed to help. That night in November of ’96, he was “bitten by the entertainment bug,” as he puts it.

The next four years of Kenney’s life were jammed packed with excitement. He was announcing rodeos and competing hard all summer, officiating college baseball in the springtime, calling basketball games all winter and filling any otherwise vacant time slots with singing gigs. It didn’t take long for Kelly Kenney to realize his life was being consumed with work and travel, leaving little time for the things he loved at home - his family, hunting, fishing, and ranching.

In 2000 he became the head rodeo coaching position at Missouri Valley College in Marshall, MO. The next year Kenney was encouraged by his peers, students and family to pursue a career in the field that he had originally started years earlier, announcing rodeos. Kenney turned pro in 2001, resigned from the college in good standing, hung up his officiating uniforms and has never looked back.

Now Kenney announces PRCA Rodeos full time working approximately 30-40 events each year, traveling from Georgia to California and Texas to Montana. Last year he announced three Wisconsin rodeos, Spooner, Madison and Merrill. Despite his busy schedule all around the United States, last year, for example Kenney was able to fit in a fishing vacation in May and a hunting trip in November.

With a cow/calf operation at home, Kenney’s life remains full of responsibilities. Kenney says, “Now when rodeo season slows down in the fall, I get a chance to go hunting, pick with the band and auctioneer some sales. Most importantly, I get to truly enjoy my family.”

To find out more about Kelly Kenney, visit his website: http://www.kellykenney.com/index.html

Rockin’ Robbie Hodges has created an experience unlike any other for rodeo fans across the world. As the hottest barrelman and rodeo clown going down the road today, Robbie has used his quick wit and loveable personality to reach crowds on a personal level. His off the cuff, no script, and hilarious banter has given the new rodeo fans something new to enjoy about rodeos. How does he do it? He is genuine and loves entertaining people, especially children.

This passion has helped him eagerly take on rodeo performance of any size and venue. Robbie will attempt to personalize each show, each act, and every performance by getting to know his crowd before ever entering the arena. How do you know he loves his job, listen for his own laughter in the arena, it’s contagious.

But, Robbie will quickly change to the serious job at hand each night by using his unusual skills that has him acclaimed as one of the best barrelmen in the country. While some barrelmen use their barrel as a prop, Robbie actually moves his barrel and becomes part of the protection team on each bull ride. His talent of reading a bull’s movement has lead him to positioning himself as a sole protector of not only the contestant but the bullfighters in many cases. Bullfighters, stock contractors, announcers and especially contestants will contest that Rockin’ Robbie Hodges is the most exciting, quick witted, and safest man to have in your arena. 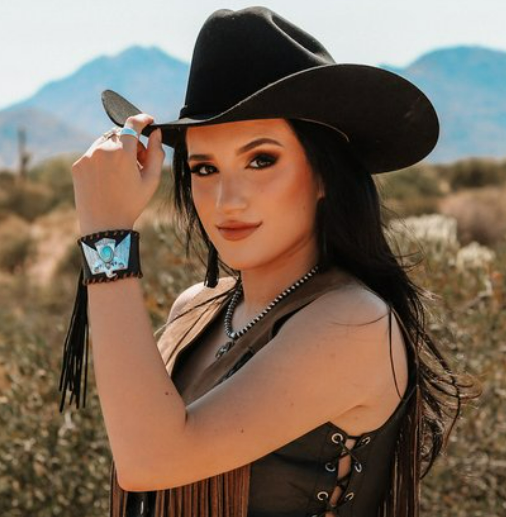 Savannah Rae is an all-American country singer-songwriter who proudly hails from San Antonio, Texas. Born into a music and arts loving family, Savannah’s own journey to becoming a fast-rising entertainer and songwriter was inspired by a trip to an Evanescence concert in 2009.

Not long after that, at age 11, she was enrolled into vocal and guitar lessons at GRAMMY award winning Michael Morales’ Rockstar Academy. More recently Savannah has given performances in intimate venues around Texas, all the way to the main stage of the Texas State Fair in 2016 where she opened for Jason Aldean. She’s also made appearances on American Music Awards and on NBC’s The Voice, along with being a brand ambassador for Boot Barn, Country Outfitter, C Force Water by Chuck Norris, and Miranda Lambert’s clothing line, Idyllwind.

Throughout 2022 Savannah will release a series of songs that she wrote with iconic Nashville songwriters Britton Cameron, Holly Lamar, and country music icon Pam Tillis.